So last week, my wife and I celebrated our 10th wedding anniversary a little early, and man we had a great time. We were able to experience the wonderful island of J-A-M-A-I-C-A JAMAICA! (Music Heads sang that part in a reggae tone). We stayed at the beautiful Iberostar Grand Rose Hall in Montego Bay. It’s an all-inclusive resort and boy did we get our money’s worth.

Day 1: Arrival at the airport was smooth we signed up for Mobay and, for us, it was worth it. It’s like a Disney Fast Pass for the airport thru customs. Plus we were greeted with Rum Punch in their lobby, always a great thing.
Check-in at the resort was smooth as well. Everyone was smiling, nice, helpful. Greeted with mimosas, always a good thing. Only thing we didn’t like was them trying to sell the breakfast club membership thing. I’m not big fan of pushy salespeople but I understand business is business.
Our room is in building 6, we have the swimout suite. We didn’t get a chance to enjoy it though, it rained most of the day. We ate lunch at the buffet, with a rum punch (it was super strong) which was good and a nice selection. We walked around the property some before dinner at Es Palau. I wasn’t a fan of their grilled snapper selection but my wife enjoy her beef tenderloin.
Day 2 was a great day. Woke up early to a beautiful sunrise and ate some breakfast at the Cornwall . We took a short walk and snapped a few pics and chilled by the water for a few. We met one of the locals, Cheap Charlie, and purchased a few things. He wasn’t pushy and actually pretty funny. 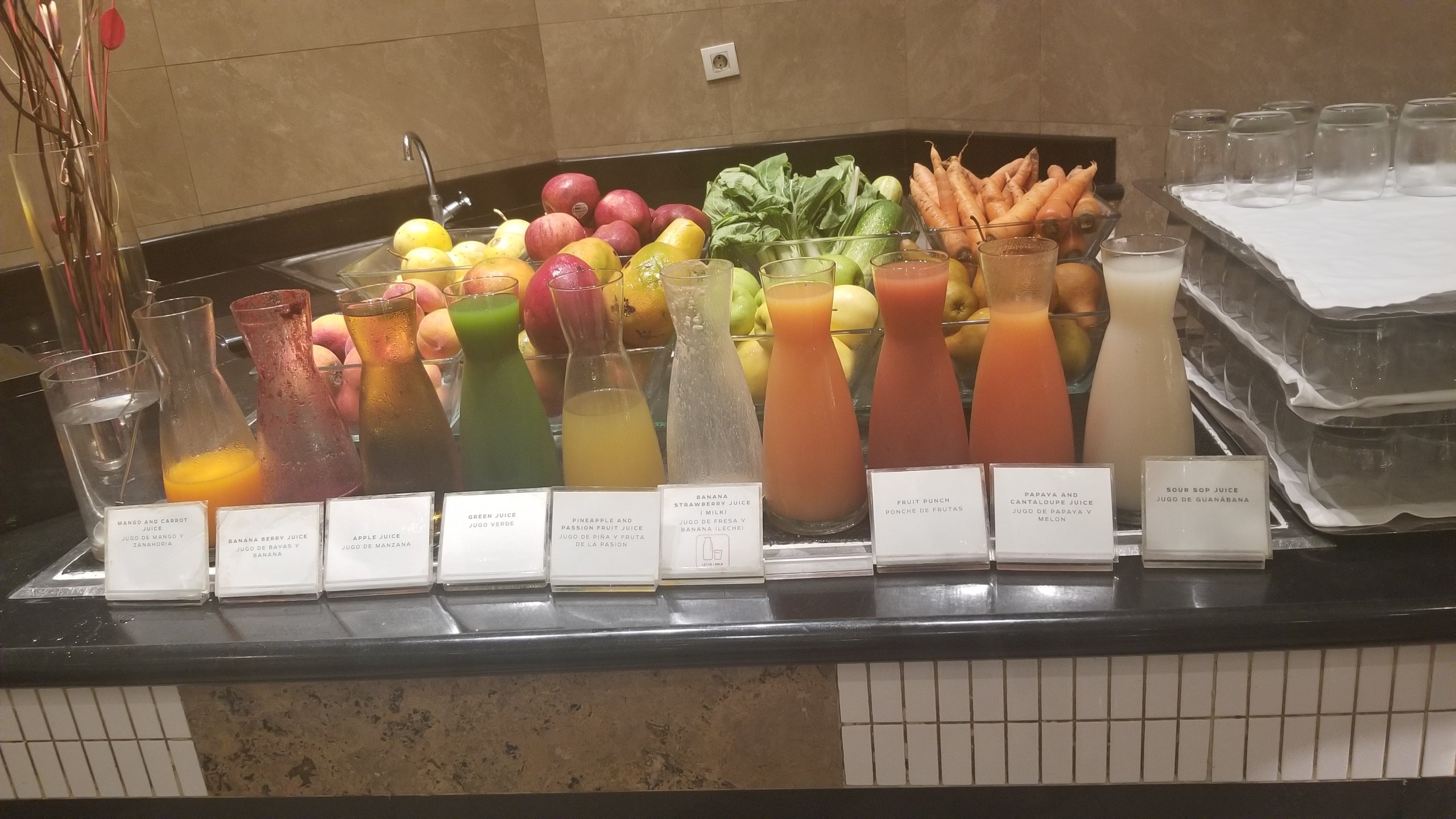 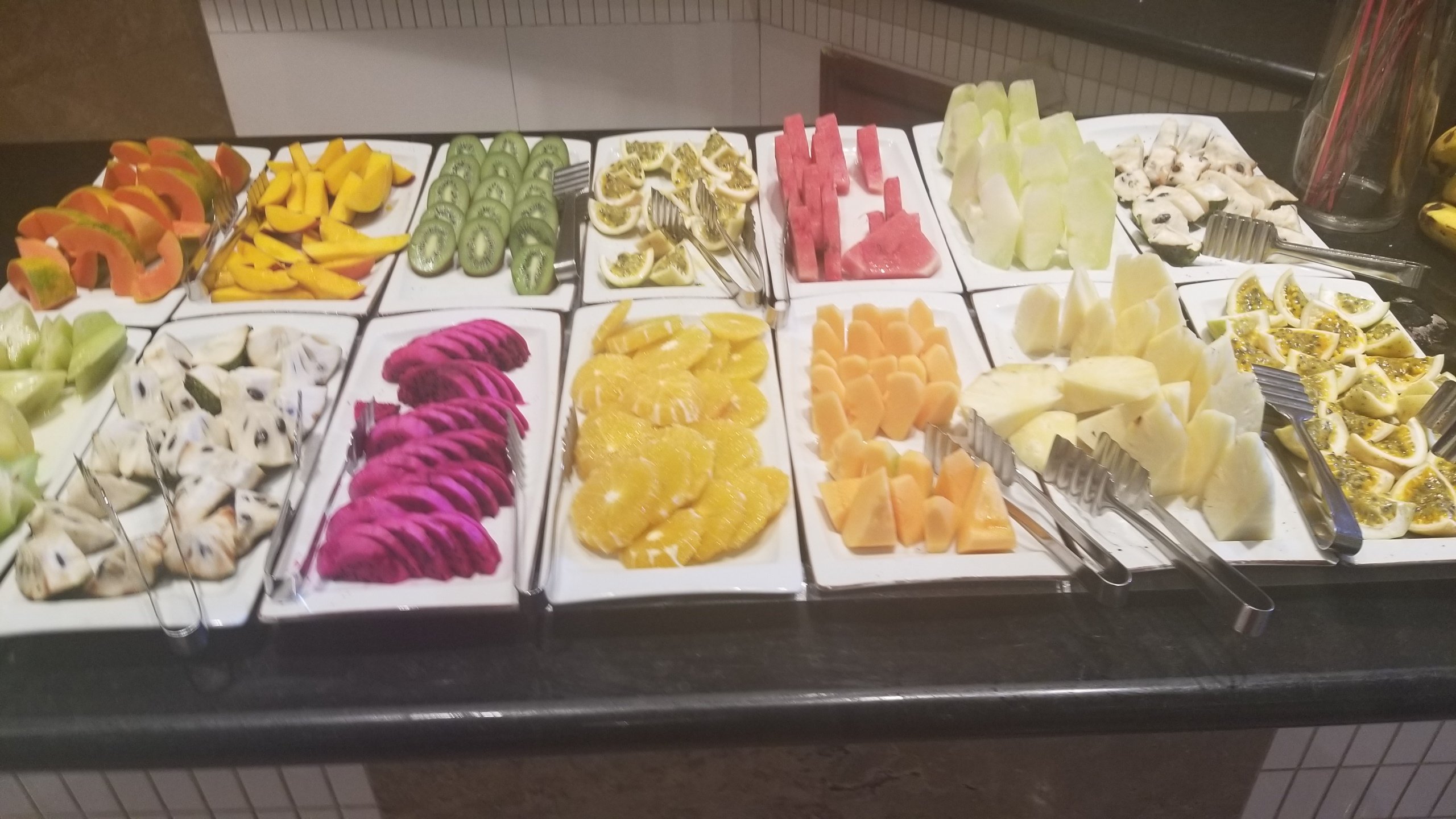 After an hour or two or so on the beach we stopped by the spa and booked a couples massage for later in the day. I was surprised they had something the same day but they had a few openings. We had about 2.5 hours until our appt, so we went to take a look at the excursions. We were still undecided so we left thinking about it.

After a few morning rum punches and pina coladas and a quick snack, we went to out spa massage. It was great. Georgia and Paddy were awesome. (Don’t forget your coupon). We headed to the shops (about 8 mins shuttle ride) for about an hour to knock out some souvenir shopping. Every business will “make a deal” but only a few had unique items. I think it’s worth the 8 min ride. You can visit most shops and be done in a hour when the shuttle comes back.
After heading back to the hotel and lunch at the buffett, we walked down to the beach again. More people were out by this time and most of the beach chairs were taken. We stopped by the water sports shed to see what they offered. We said we will try out the kayaks (free for an hour) and maybe the catamaran. Maybe. Depends on how many rum punches. We went back to our suite and decided to use our swim out portion of our suite. We found a trail of ants yesterday on our patio and management finally sent someone today to take care of it. The pool was super cold. I assume since it stays in a shaded area for most of the day, it doesn’t warm up much. It’s nice to have if you want be away from the bigger pool, but the water was too cold for my comfort. I’ll try again tomorrow.

Dinner at the Italian restaurant was great. Our server Kenneth was awesome and the food was as well. Rum punches were delicious too. We were invited to Margaritaville but the 1st shuttle didn’t leave until 930p and the next at 1130p. We were done with dinner by 800p. At 930p, we made the mistake of trying to take a nap before the 1130p shuttle. Needless to say, that nap lasted longer than expected… too many rum punches 🤣🤣🤣…
Day 3 was as close to a perfect vacation day as it could be.

We started off with room service for breakfast and then decided to do some kayaking. My wife wasn’t a fan of going to far out, so after about 15/20 mins of that, we headed back to the shore. We swam in the ocean for a while and people watched while knocking back rum punch and pina coladas. I then made the beautiful mistake of playing beach volleyball. I played 3 games with some wonderful people from Nebraska (they played like pros) and Smiley from the Star Friends, and now my body feels like it was hit by truck. After the games, my wife and I sat and talked with Coco from the staff. She has a wonderful personality.

It was then time for the crazy game at the pool. It was a basketball shootout which a guy I met from Maryland won. Right after that was dance class on the pool deck with the Star Friends. All of them can dance, but my wife and I held our own.
We then ate lunch at the outdoor buffet which was a little more packed than before. My assumption is that it was Friday and people were checking in, getting something to eat.
We took a quick shower and headed back to the shops to pick a few more souvenirs. *Quick note : make sure they dont try to charge you tax.
We came back to the hotel and rested up for a little before a surprise dinner on the beach for my wife for our 10th wedding anniversary. She loved it and our waiter Fenton was awesome as well. We finally made it to a show last night and it was great. The performers were great telling the story of Jamaica. We stayed to watched the singers and then went to the disco. The disco (what we call a club) was fun for us because we love to people watch. The DJ wasn’t great with music transition and song placement, but that’s just us being musicheads. He played some good songs, just in a weird mix. He played a decent mix on genre. Everyone seemed to have a great time, there was a good mix of people, most were drunk, but there were a group of guys doing Jamaican dances which was good.

We left about 1am but they were still dancing at the disco.

Day 4 was our last full day and it was bittersweet. Bitter because we have to go but sweet as we were able to have this experience.
Today, we ate breakfast at the buffet then headed to the beach to relax. Somehow, I got sucked into another game of volleyball but it went ok; my body isn’t too sore.
My wife won the game of bowling on the pool deck and she flaunted her shirt as she beat me by a few points. After the games, the bbq was ready and the band was playing. The food was great along with the coconut drinks.
We relaxed on the beach for a few hours until the Star Friends came out with more games. We play drinking games with our new friends from Nebraska. Then I took the title of Best Quarterback. I’ll be back soon to defend my title. 🤣🤣🤣
After dinner at Port Maria (Jamaican restaurant), we caught the Michael Jackson show. Personally, I thought the overall performance was just ok. The lighting was way off and I think my expectation was slighter higher than normal. The performers did a good job, but overall it was just ok. Other people gave standing ovations. To each his own. We decided to go back to the disco to people watch again, but left early as we had a flight in the morning.
This was our 1st all-inclusive resort and the Grand has truly spoiled us. We did not expect perfection because you can’t control everything. But the Grand Rose Hall comes close. We will be back.
A special thanks to Coco and Vanessa! These lovely ladies were funny and sweet. They made sure we had a great time and good laughs!
Also, a special thanks to Fenton, our waiter for our romantic beach dinner. His love for his job makes his customer service hard to beat.
Another special thanks to one of our butlers, Chambers, who always stopped by to check on us, or even if he seen us out and about, he made sure we had everything we needed.
Like I said before, the Grand has spoiled us and can’t wait to go back!

One response to “Early Anniversary Trip to Jamaica”

This site uses Akismet to reduce spam. Learn how your comment data is processed.